Russia’s proposed log export ban in 2022 will have a far-reaching impact on global forest product markets.

Russia exported 15 million m3 of logs in 2020, accounting for almost 12% of globally traded roundwood. Much of this trade may come to a halt in 2022 when a new law proposed by Russia’s president will ban the export of softwood logs and high-value hardwood logs in January 2022. The Russian government is also considering measures to reduce illegal logging and restrict the export of green lumber.

While the proposed ban is not yet law, it is widely expected to be implemented and passed into law in the second quarter of this year. If enacted, the law will have a direct impact the Chinese lumber industry because it imports large volumes of sawlogs, mainly from Russia Far East. According to a recent study from Wood Resources International and O’Kelly Acumen, China will probably look to source more sawlogs from other regions of the world, such as Oceania, Europe, and the US. The increased competition for logs in those markets will put upward pressure on sawlog prices. Mid-term, the authors expects that China will evolve from import of roundwood to import of lumber. This shift will allow lumber manufacturers in Europe and Russia to increase shipments to China.

The export ban is expected to drive Russian investment in new lumber capacity, and it might also impact other forest industry sectors, for example those planning to co-locate pellet plants with sawmills. In addition, the possibility of restrictions in the export of green lumber will encourage investment in kiln drying capacity, thus improving access to markets in Europe and the US.

Russia is home to 15% of global wood resources (growing stock) covering 815 million hectares of forest land. While growth rates are relatively low in Russia’s northern latitudes, the country has an annual harvest of more than 200 million m3, 10% of the global total. And a large share of the harvest is exported in unprocessed log form – while log exports have fallen since their peak in the mid-2000s, Russia is still a major exporter of both softwood and hardwood logs, as well as softwood lumber (Figure 1).

The main destinations for Russia’s log exports are China and Finland. Together they received 80% of Russia’s log exports in 2020. Finland’s imports are mainly hardwood pulpwood from the west of Russia, while China imports both softwood and hardwood logs mainly from Russia Far East. Forest industries in these countries – pulp and paper and sawmills respectively – are quite dependent on Russian logs, even if they have diversified their sourcing in response to previous export restrictions.

The currently proposed ban was announced in a statement by President Putin in October 2020. It follows a series of restrictions on Russian log exports since 2007. Previously, Russia introduced export tariffs of varying degrees, but now an outright ban is proposed on all export of softwood logs and high-value hardwood logs (e.g., ash, maple, and oak, and beech). For now, it seems the ban will not apply to wood chips and hardwood pulpwood.

The objective of the ban and previous restrictions is to stimulate value-added processing in Russia. It is part of a broader government strategy for the development of the Russian timber industry. In parallel with the ban, the Russian government proposes steps to reduce or eliminate illegal logging, subsidized loans for investment in domestic processing, and potentially restrictions on export of green (not kiln-dried) lumber.

China will be most directly impacted by the ban, as it receives a large share of the logs that will be impacted by the ban – softwood and hardwood sawlogs (Figure 2). In total, China imports about 8 million m3 of these logs, of which the larger share is softwood. The importance of Russia for China’s softwood log supply has decreased since tariffs were first introduced in 2007. Since then, China shifted its import mix dramatically with New Zealand replacing Russia as the primary source, as well as significant imports from Australia, the US, and more recently, Germany. But still in 2020, more than 10% of China’s softwood log import was from Russia. If the ban is implemented, China will be forced to replace the remaining Russian imports with other sources. This will involve a higher average cost for sawlog sourcing and be particularly challenging for landlocked Chinese sawmills without good access to ports or railways. 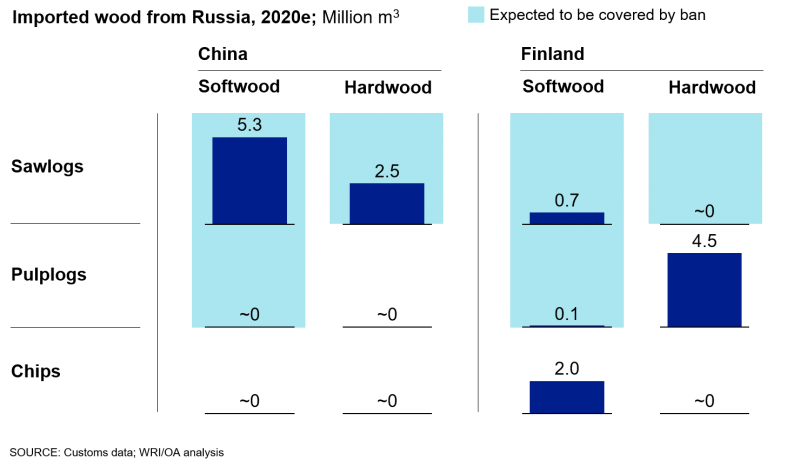 Figure 2: Direct Impact of ban on China and Finland

For Finland, the impact of the ban will not be as severe. Most of Finland’s imports from Russia are hardwood pulplogs and chips, which are not currently expected to be covered by the ban (figure 2). Buyers of Russian softwood sawlogs, mainly sawmills in the east of Finland, will need to increase sourcing from domestic forests and imports from the Baltics.

The export ban will likely improve competitiveness of Russian wood product industries, and gradually stimulate further growth in domestic wood processing (Figure 3). Competition for logs will be reduced in regions of Russia close to the border or export infrastructure – mainly along the southern railway corridor in Siberia and Russia Far East. Regions further to the north, and companies sourcing logs from own logging operations, will be less impacted.

The restrictions in illegal logging, as well as measures to increase kiln-drying capacity for lumber, will improve market access for Russian lumber exports. While the share of lumber that is kiln dried in normal Russian sawmills is around 20%, among modern mills it is 60-70% and competing industries in Europe and North America often kiln-dry 80-100% of lumber produced.

In the short-term, the authors expect that harvests will be reduced in regions impacted, and to the extent possible, existing sawmills will increase production. In coming years, brownfield and greenfield investment in sawmill capacity will become more attractive. The Russian government has ambitions to also grow the pulp, paper, and panels industries but so far investment in heavier industries in Russia Far East has been limited. More likely, is investment in processing that can be co-located using sawmill byproducts, such as wood pellets.

The proposed ban will have broader repercussions in other regions, including tighter log and lumber markets. In the short term, China will look to source softwood sawlogs elsewhere, driving more competitive log regions such as New Zealand and Western US. Hardwood sawlog markets will also be impacted, as China seeks to increase imports of US hardwoods or eucalyptus.

China will also continue to shift its mix of imports, from logs to lumber, a pattern seen also in Japan and South Korea. This will create an opportunity for lumber producers globally to expand exports to China.

In the longer term, if Russia is successful in growing its wood processing industry and improving the quality and sustainability profile of those products, it will be an increasingly competitive player in global markets.

For more information about the study from Wood Resources International and O’Kelly Acumen, visit the WRI website: https://woodprices.com/focus-report-series/