In July 2019 the Ministry of Primary Industries (MPI) announced the third in a series of proposed changes to the Climate Change Response Act 2012, which affect the function of the Emissions Trading Scheme (ETS).

This announcement follows further updates in December 2018, and March 2019, based upon the feedback from consultations the Ministry of Primary Industries and the Ministry for the Environment ran throughout 2018.

Why the need for change?

The ETS has had limited effect on encouraging plantation forestry in New Zealand, with the total area of post 1989 forests registered under the ETS having decreased since inception.  Much of this removal was either driven, or enabled by, the crash in unit prices from 2012 to 2015, where unit prices reached as low as NZD2.00

As the ETS is a key pillar underpinning New Zealand’s ability to meet its emissions targets, change is required to encourage more planting to help meet these goals 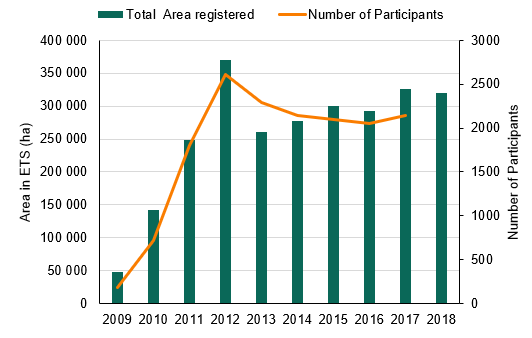 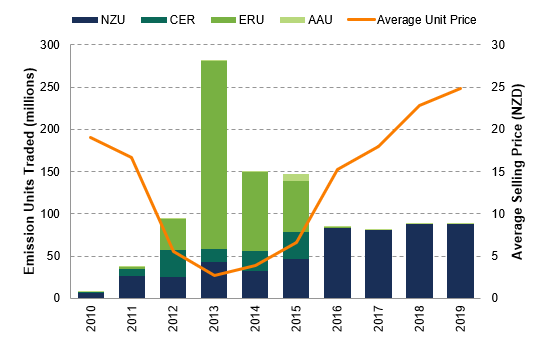 This is the change with the largest potential effect on forestry investment in New Zealand.  A significant departure from the previous method of calculating (New Zealand Unit) NZU flows, the averaging approach allows for liability free NZUs to be sequestered to a pre-determined level based on species, region and rotation length. Provided that the forest is continually replanted after harvest, the NZUs sequestered under averaging will never need to be paid back.  The mechanisms of how the averaging age will be calculated are still to be finalised, but there is likely to be provisions for flexibility in harvest age without impacting the averaging age

This change provides forest owners with the ability to replant an equivalent forest elsewhere without incurring any liabilities.  This will be helpful in the case of high value land being able to be converted into alternative uses

De-risking investments in the case of adverse events

In the case of a significant adverse event, such as fire or windthrow, provided the forest is replanted in time, there will not be a liability incurred.

These changes will have a significant effect on the viability of bareland forestry investment in New Zealand, considerably altering cashflows in early stages of the rotation without the associated liabilities.

Effect of averaging on the attractiveness of bareland forestry investment

Margules Groome has developed a bareland forestry investment model to look at the effect on land expectation value (LEV) for forestry investment under the averaging approach.  Depending on the region and site productivity, LEVs for forestry with averaging are 2 – 4 times higher than that of forestry alone.  A caveat to these numbers is the subsequent reduction in land value that may occur once land is entered into the ETS under averaging, as the land becomes ‘locked’ into forestry in perpetuity.

Log prices will remain a key driver of investment viability, sensitivity modelling shows that a 10% change in log prices will have a significantly greater effect on returns compared to a 10% change in NZU price.  Depending on further developments of the ETS, the potential upside for the NZU price is considerably larger than historic upward log price movements. 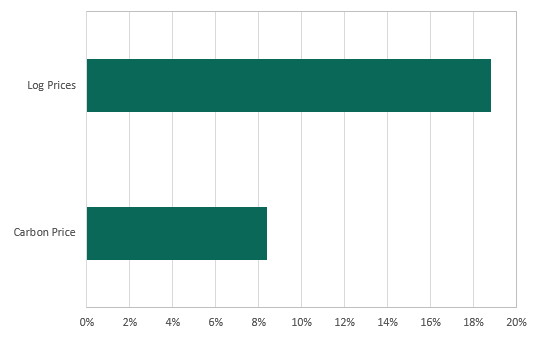 There has been an increase in activity from new and existing forestry investors into buy farmland in New Zealand with the intention of converting to forestry.  Kauri Forestry Partners LP, a fund set up and managed by Craigmore Sustainables, has been the most active, recently purchasing the 1 876 ha Moerewa Station in Northland, as well as the 3 400 ha Blue Lagoon Station in the Wairarapa.  Overseas Investment Office decisions since February 2019 show a total of just over 10 000 ha approved for sale for new forestry investment, with a total new area to be planted of close to 6 000 ha.

The prices paid for these blocks, where disclosed, show a significant increase in value over traditional forestry land purchase price.  However, apart from the smallest Te Au Ltd sale, all the quoted prices included higher productive farmland or potential lifestyle block subdivision land, which is to be sold off by the purchaser. 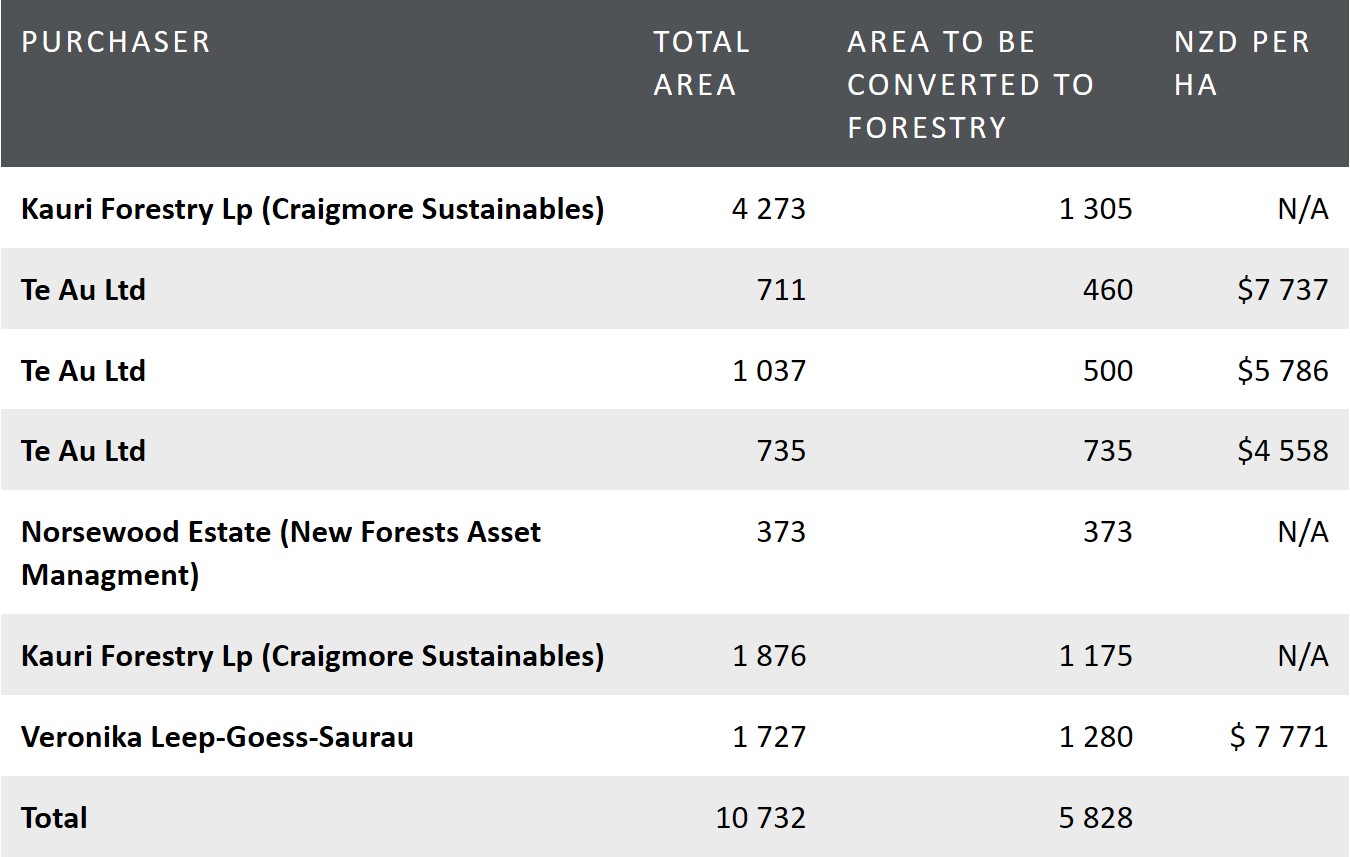 The increased presence of forestry firms competing for farmland in sales process, as well as the perceived incentives and subsidies available to forestry planting as part of the One Billion Tree (1BT) programme has started to provoke an outspoken response from the farming and rural communities concerned at the loss of farmland and the potential effect on rural communities.  The most prominent of these is the 50 Shades of Green lobby group who have embarked on a well-funded advertising campaign and community engagement process with the aim of slowing or stopping further land conversions. These developments have led to active conversations around the topic of forestry’s “social license to operate” in New Zealand and this topic also featured in several presentations at the recent Australia and New Zealand Institutes of Forestry (ANZIF) conference in Christchurch.