Between June 2015 and June 2017 MGP10 prices trended down in real terms in the middle of the most recent and prolonged construction boom. This trend apparently bucked conventional wisdom that prices increase in times of high demand. Three trends in the market were apparent which may explain this unusual event. They are: 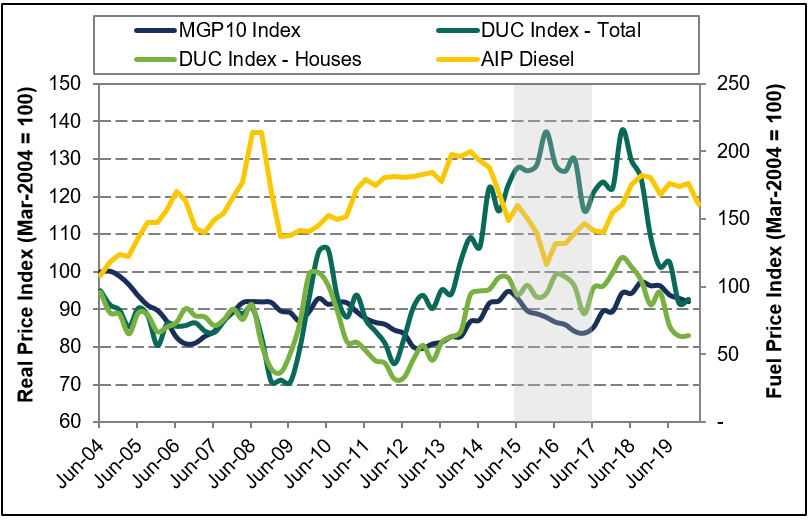 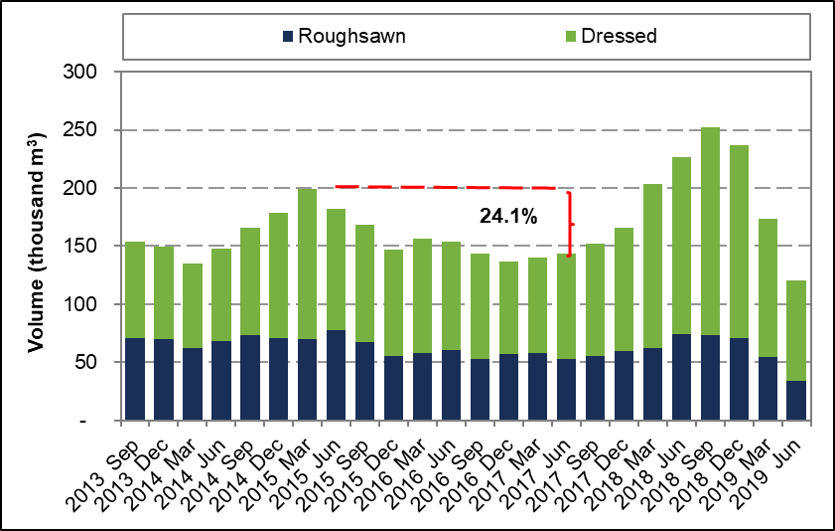 As houses (as opposed to apartments) are the primary driver of timber consumption, the first trend may indicate weaker than anticipated upward pressure on prices. The second would indicate that domestic timber producers may have also taken advantage of the low transport cost environment lowering prices while maintaining reasonable margins. This resulted in the third trend – domestic producers taking market share from timber importers. The combination ensured that although overall timber volume demand was historically strong, this was not reflected in timber price increases. It appears the softwood timber industry has not been able to, or wanted to, fully exploit the benefits of the booming domestic residential construction market to seek higher unit margins. This was reflected by the MGP10 price index trend – down for 8 consecutive quarters from June 2015. Thus, softwood sawlog prices flattened and declined (Figure 3). 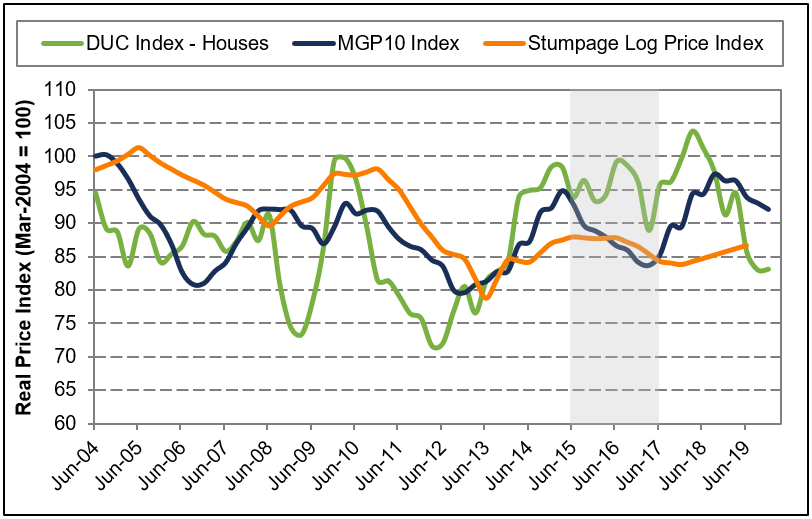 The Link Between Trees and Electric Vehicles

Should New Zealand Export Its Logs?